I am the co-producer of Hermetic Arts with writer/performer Carrie Thompson, and co-created the shows BADD, Unburied, April, and Anthology (Soho Theatre, VAULT Festival, London Horror Festival, Brighton Horror Fest, Brighton Fringe). In 2020 we produced two online shows, Carbury Gifts and A Spell At Home, With Hester, for the Folklore Podcast’s Rural Gothic events, plus the short play Ecotourist for Danse Macabre’s Ghost in the Machine online event. 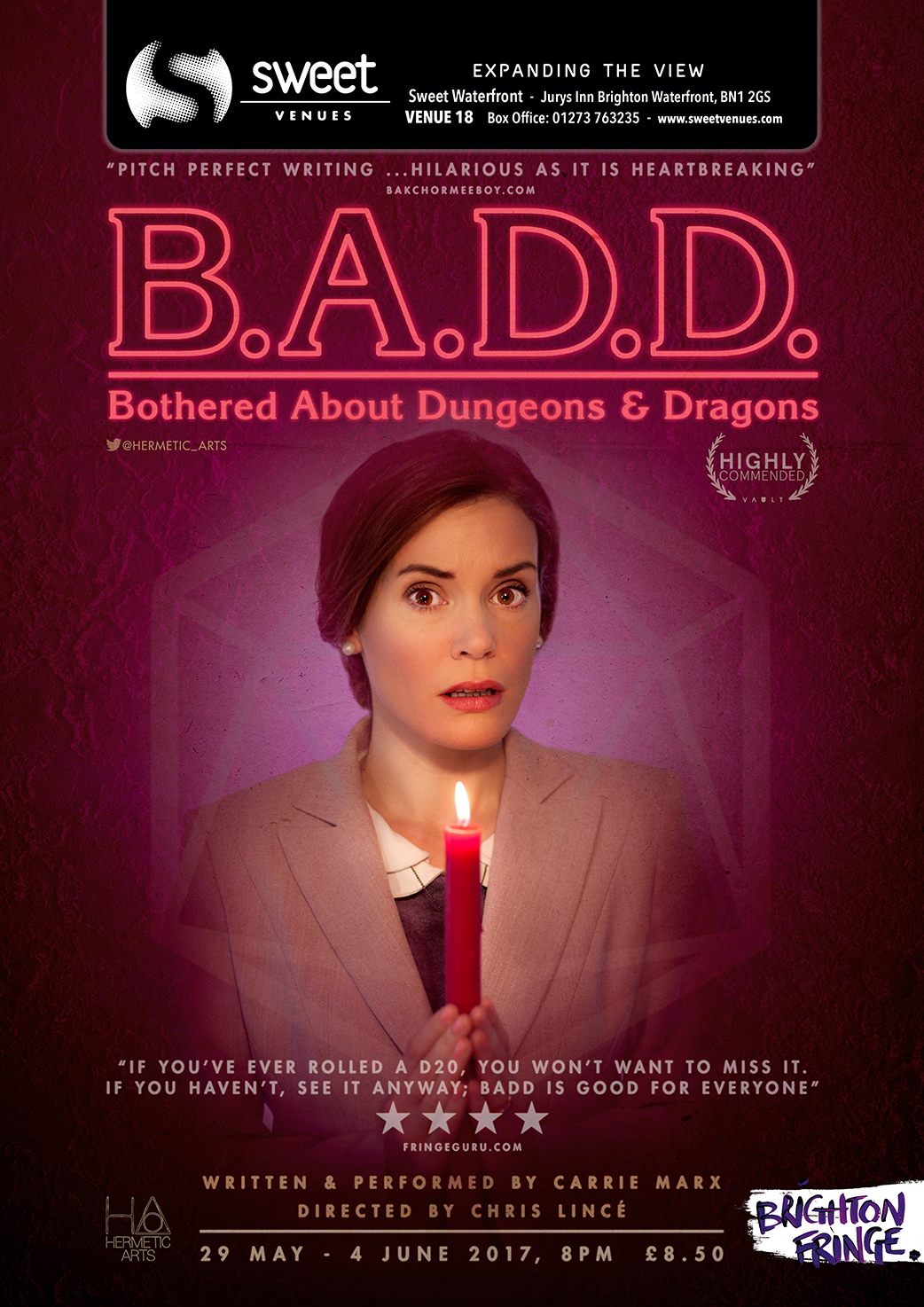 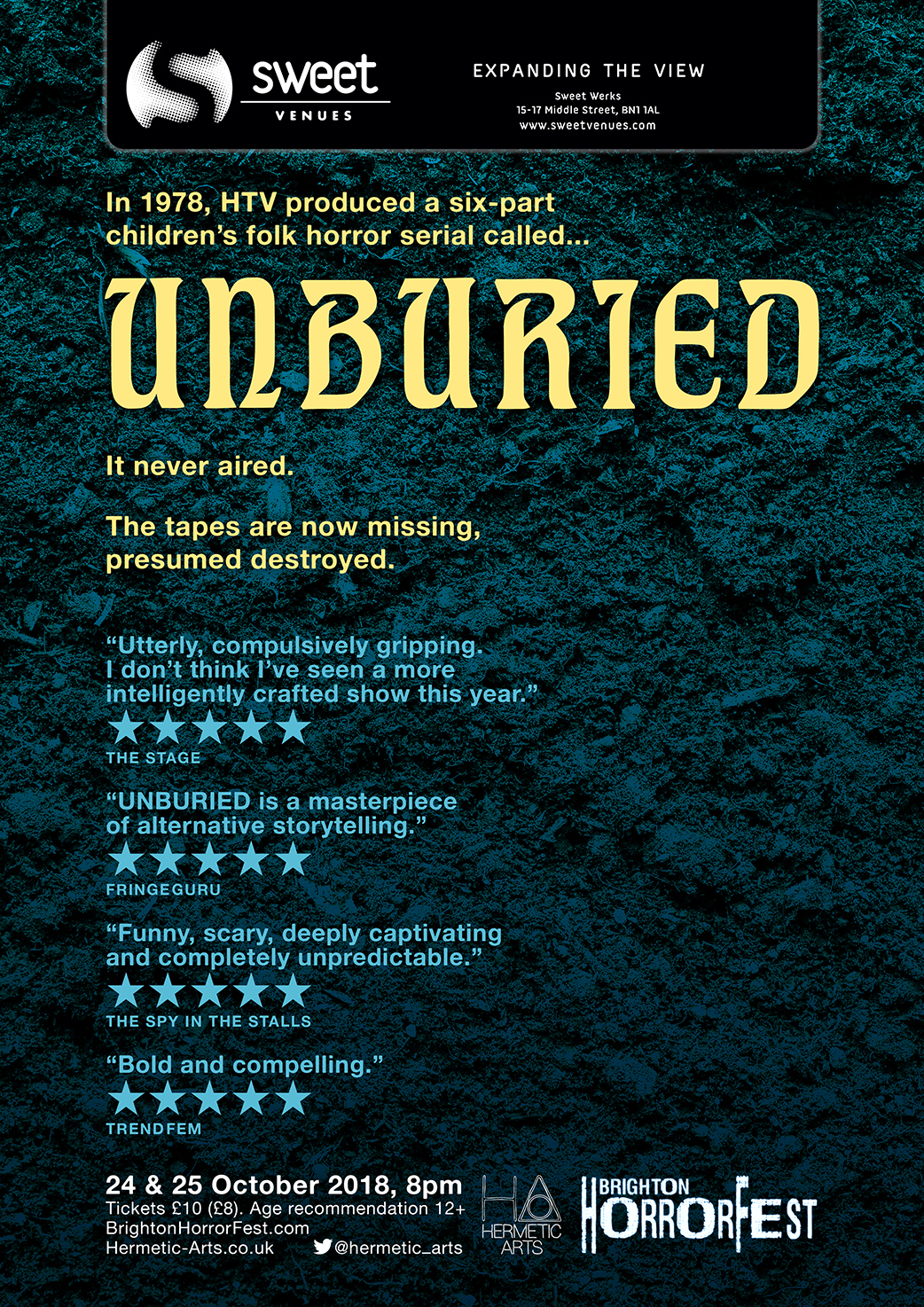 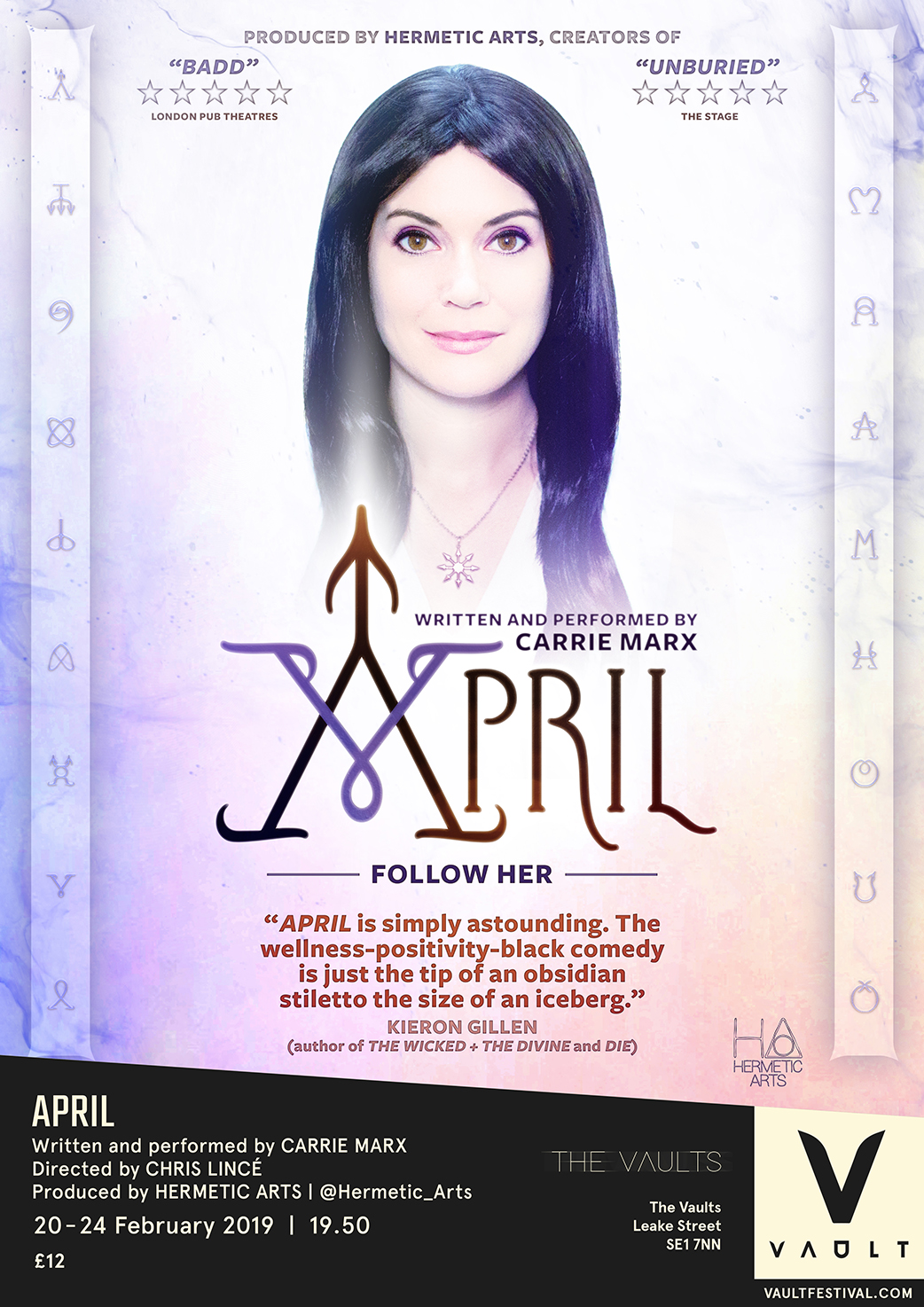 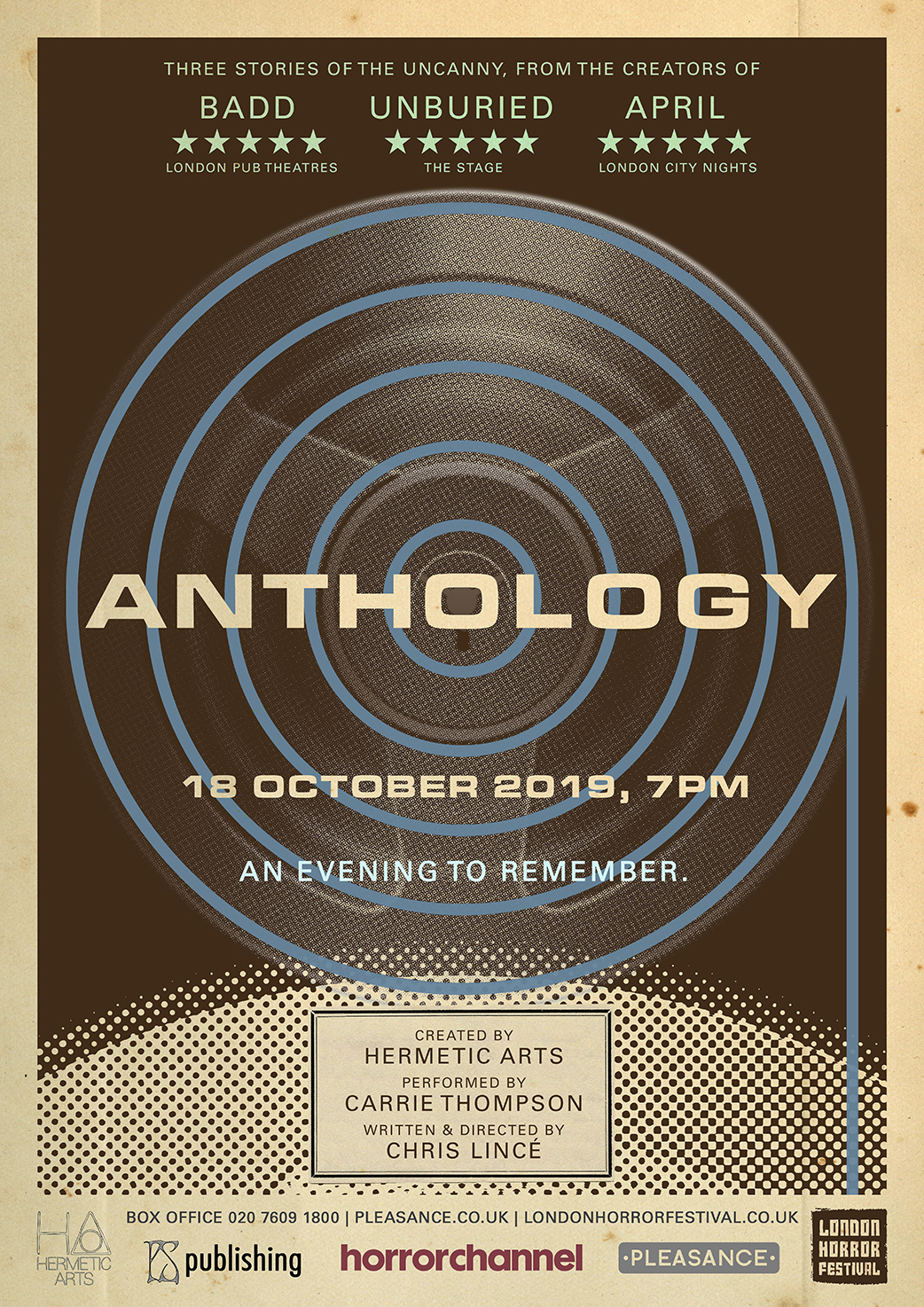 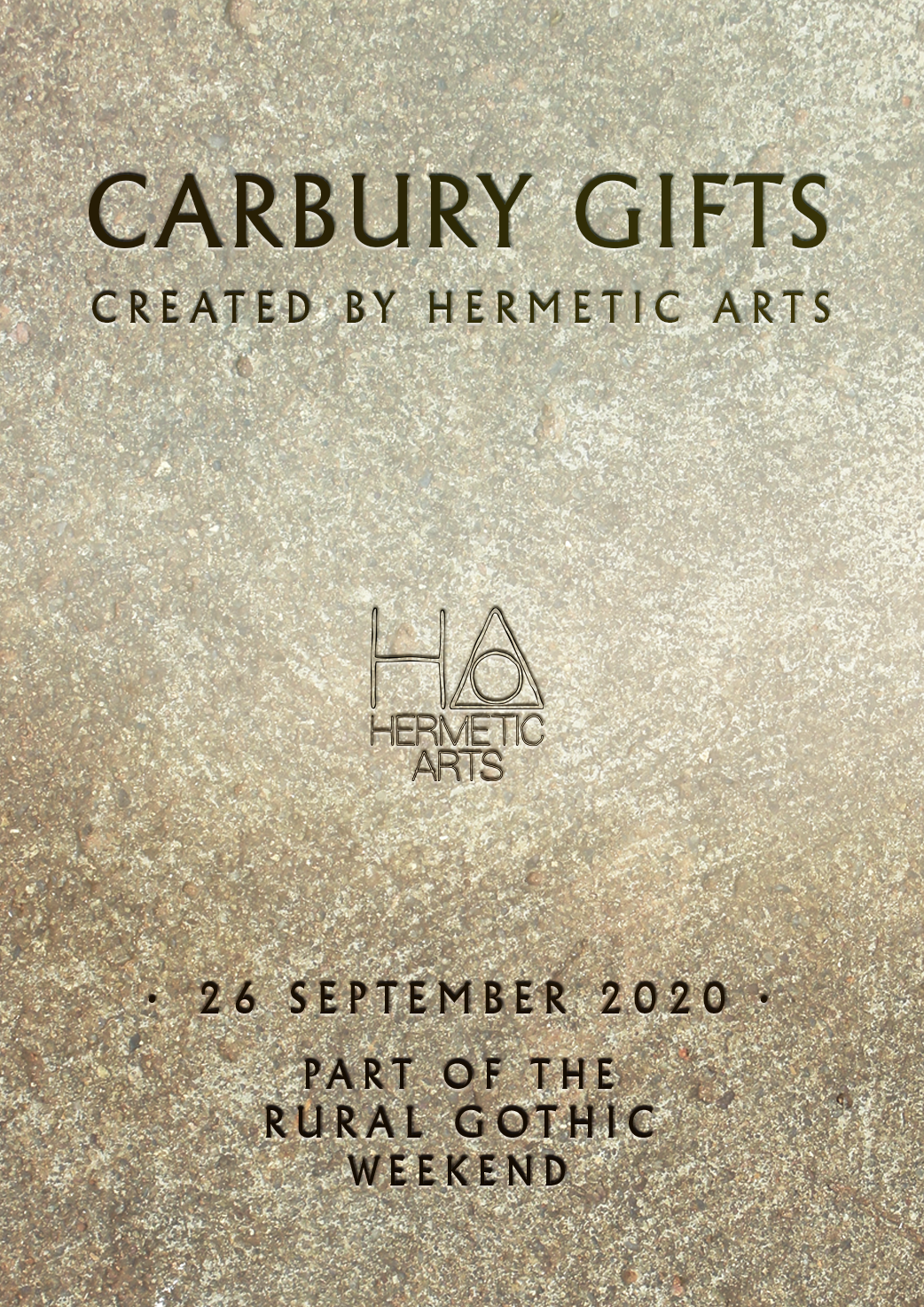 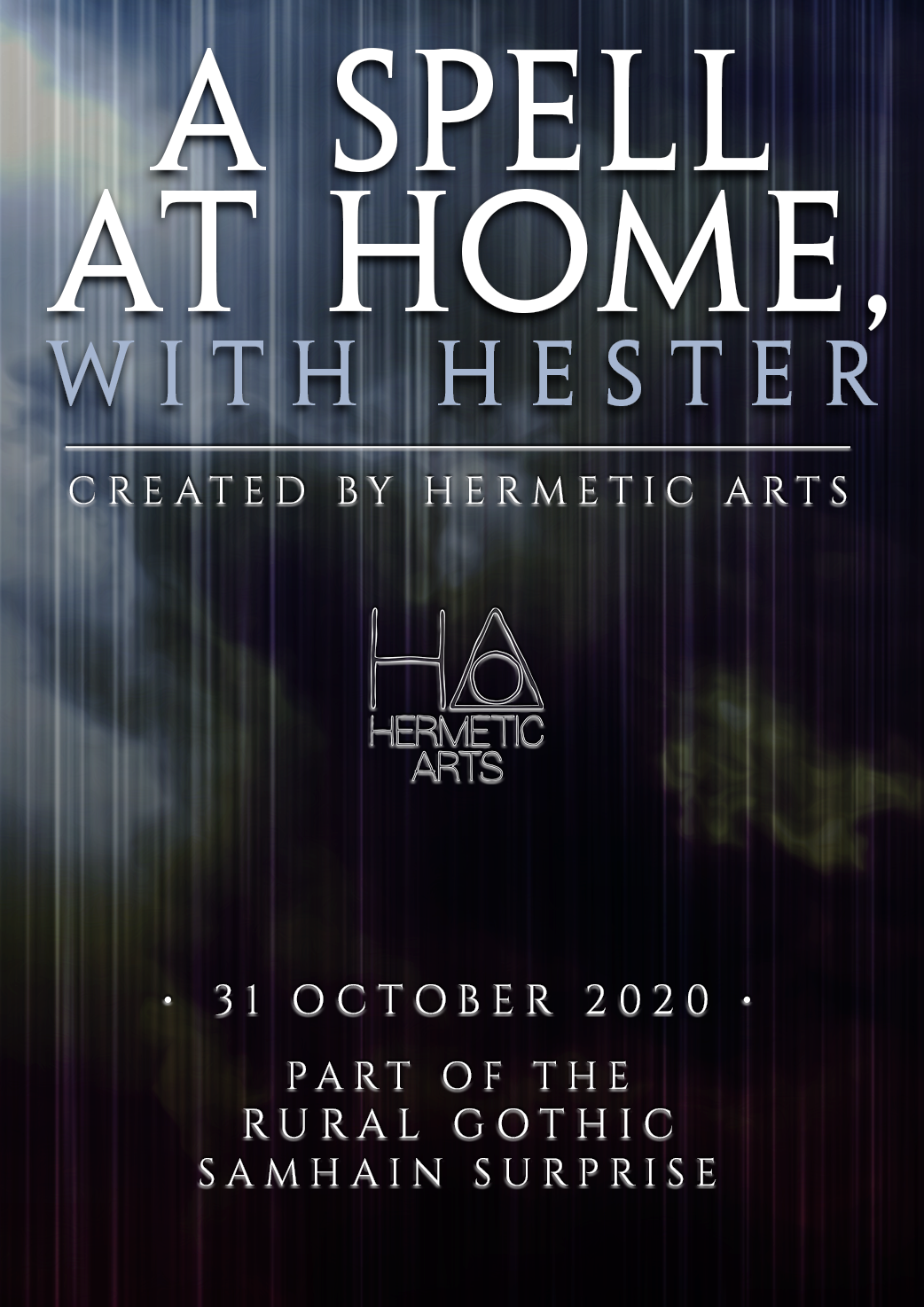 A gem of a show and one of the most exciting performances from an actor I’ve seen in a good while. This satanic panic satire delivers in every respect; Thompson is a true talent with an incredible show.

This is my pick of the festival, and I don’t see it being knocked off that perch any time soon. …Carrie Thompson kicks ass.

Hermetic Arts further establish themselves as one of the most original, brimming with potentiality, companies on the scene.

Hermetic Arts. whose work has received huge critical praise when performed on the London stage, is widely regarded by many urban weird and folk horror fans as some of the most dynamic, powerful and engaging iterations of the genre. Ask why and among the responses is talk of their weaponisation of folklore, the sense of stories channelling a tangible sense of place, a recognisable reality invaded by the spectre of the past.